I recently drove back to the midwest from the east coast while listening to a healthy dose of financial news and market punditry. The message was overwhelmingly negative, cataclysmic at times, highlighted by all negative things we know (inflation, interest rates, stock and bond bear markets, war, midterm elections etc).

I’ve learned a lot in my investing lifetime especially through four recessions. One of the most important lessons is that when everyone seems to be on one side of the sentiment boat, it’s important to maintain perspective so that your behavior doesn’t give in to the seduction of pessimism and capsize your investment plan.

While stock market history doesn’t always repeat, it certainly rhymes, so I’ve included several charts below to add some perspective on where we are at this stage and what may be ahead.

First, it’s always helpful to understand where investor sentiment registers for a bigger picture perspective. By gauging current market sentiment and listening to the financial news, I’d say we are in the fear to panic stage as shown below: 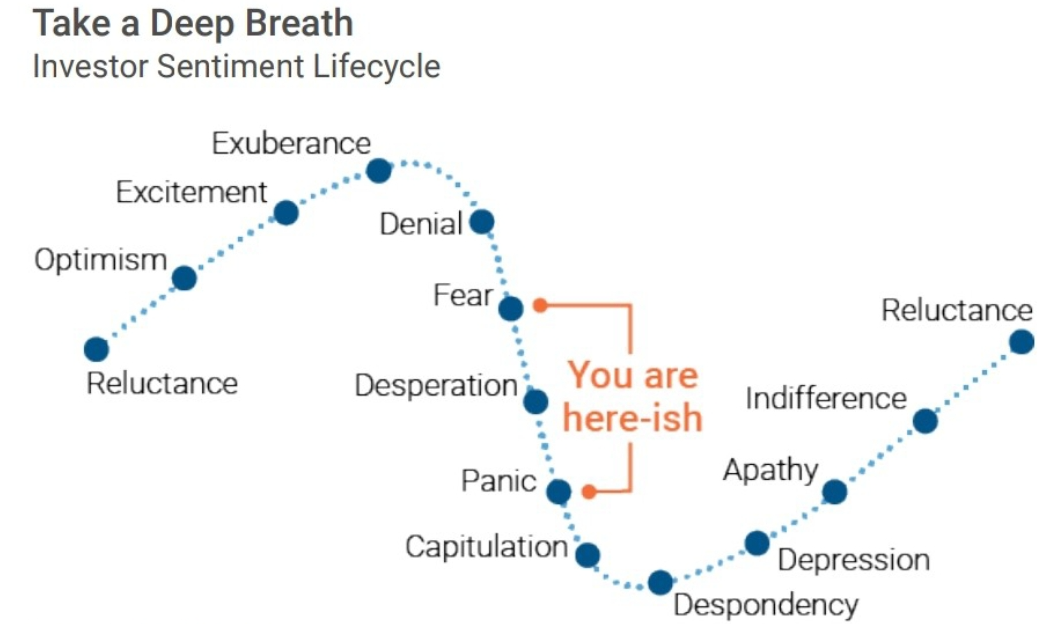 Yes, things could get worse from here but not as bad as the worst-case scenarios beyond the capitulation/despondent phase that doomsayers or our imaginations can pitch.

Next, since 1987, the AAII Sentiment Survey gauges investor’s sentiment by asking them their views on where the market is heading in the next six months.  By looking at the most recent AAII survey, 61% of those surveyed are bearish about the upcoming six months in the market. This is only the fifth time since 1987 that the survey has hit a 60% bearish reading. (The highest percentage of AAII bearish sentiment was 70% and occurred on March 5, 2009 near the end of the financial crisis bear market).

History, as shown in the chart below, shows that the more pessimistic the investor crowd is, the better the prospective returns look six months ahead. 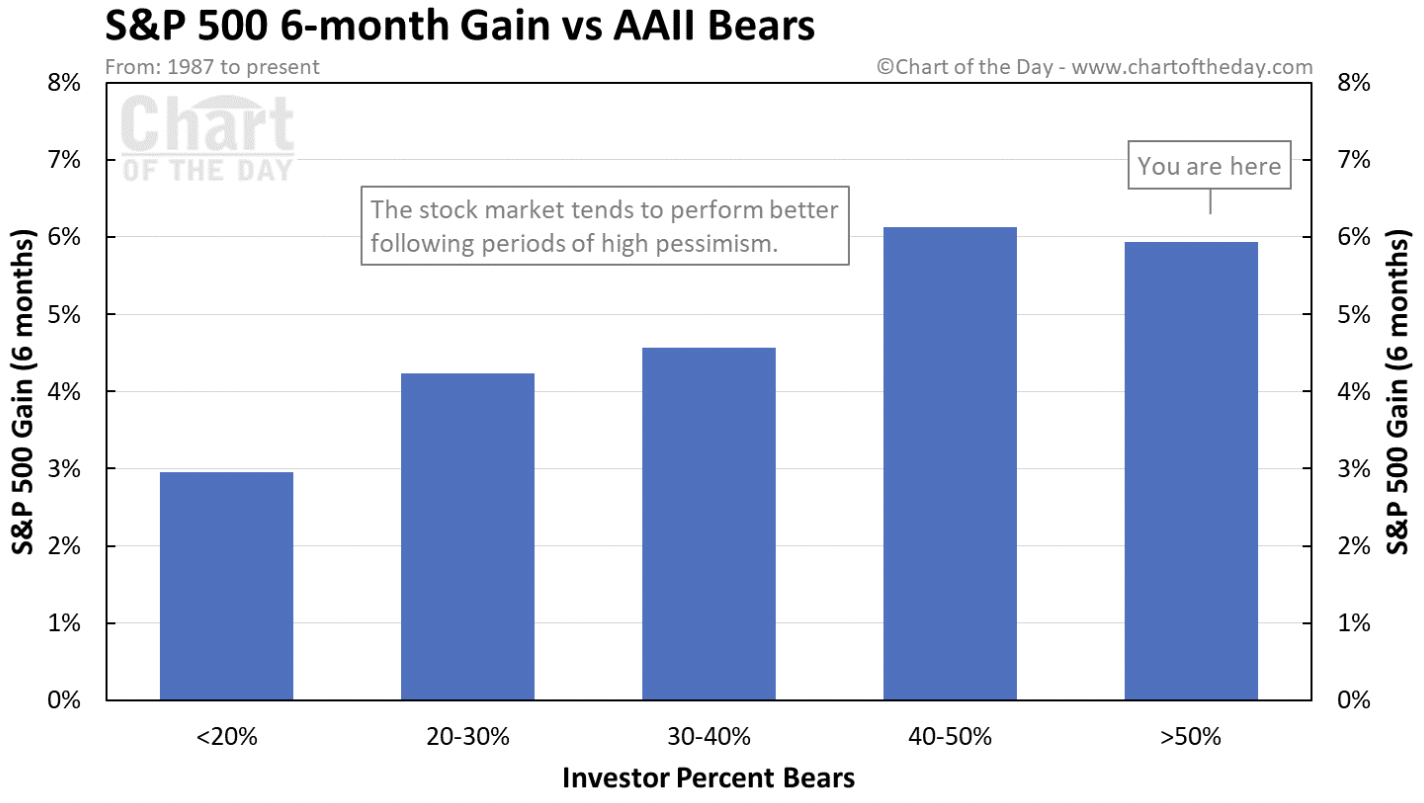 Finally, if it bleeds then it still leads, and Wall Street and the media wants you to focus on the here and now. Why? Because selling fear leads to panicky and poor, short-term behavior and more trading commissions, viewership clickbaiting etc.  By ignoring the noise, focusing on the things we can control and the longer-term plan, our probability of success remains the best investing sandbox to play in. 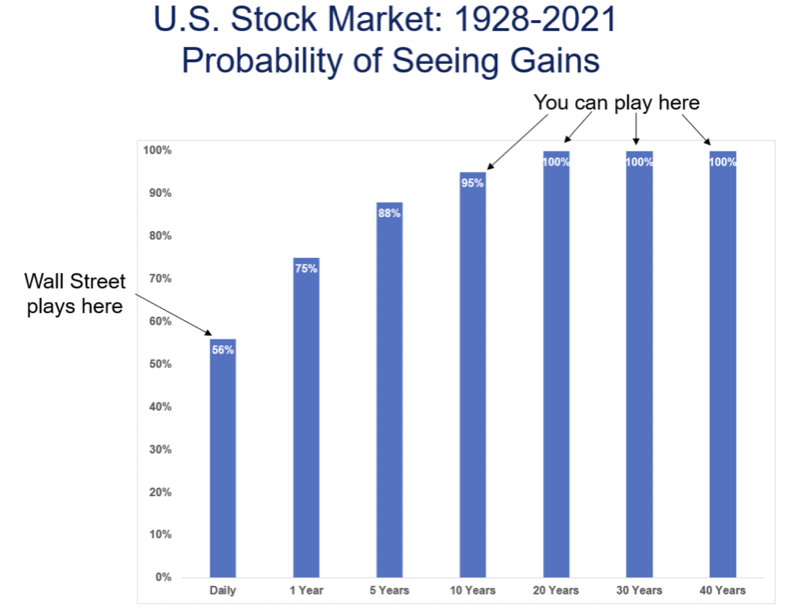 Longer-term, it's a lot more difficult to remember the market drops where you didn’t make mistakes.  I’m not suggesting there aren’t legitimate concerns and it’s easy to see the nearer term bearish case. However, I believe and the data shows that a lot of investors aren’t expecting the market to get better. This could be one of the bigger risks facing investors.

Sticking to the strategy while waiting for the inevitable recovery lays the foundation for tomorrow’s success. It doesn’t feel that way right now, but that’s why the impatient often don’t bear the fruit of successful long-term investing.